Prime Minister Shri Narendra Modi has once again shown that India is a responsible global power house and is at the forefront to fight climate change with climate action in the true spirit of climate justice by proposing a five-point climate agenda.

During his address, the Hon’ble PM set out a five-point climate agenda:

Delivering the National Statement today at the COP26 Summit in Glasgow, the Hon’ble PM reminded the world that despite being 17 per cent of the world's population, India has been responsible for only 5 per cent of its emissions because India has left no stone unturned in fulfilling its duty to save the planet from the scourge of climate change.

He used the opportunity to remind the developed economies of their responsibilities. The Hon’ble PM said, “India expects developed nations to make climate finance of 1 trillion dollars available at the earliest. Today it's important to track climate finance just like we track the progress of climate mitigation.”

With the world listening to him, the PM highlighted how more passengers than the entire world’s population travel by Indian Railways every year. This huge railway system has set itself a target of making itself 'Net Zero' by 2030. The PM underscored that India will meet Net-Zero emissions target by 2070.

PM Shri Modi proposed a ‘One, One-Word Movement’ which can become the basic foundation of One World in the context of climate. The Hon’ble PM said, “The world today admits that lifestyle has a major role in climate change. I propose one word movement before all of you. This word is LIFE which means Lifestyle for Environment. Today, it's needed that all of us come together & take forward LIFE as a movement.”

The PM has on many occasions earlier highlighted how Indian ethos is rooted in a lifestyle for environment. In one of his articles, PM Shri Modi wrote, “Leading lifestyles that are harmonious and sustainable are a part of our ethos. Once we realise how we are flagbearers of a rich tradition, it will automatically have a positive impact on our actions.” 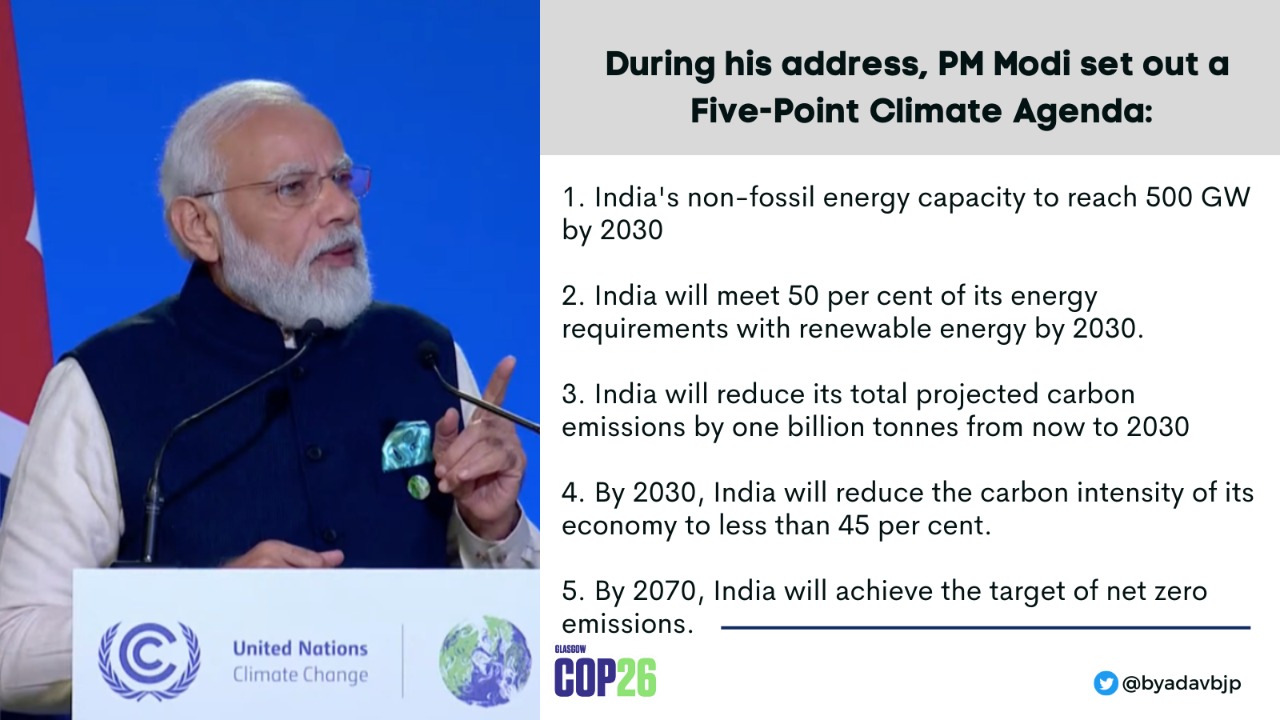 The Hon’ble PM presented before global leaders the steps India is taking as part of a collaborative approach towards tackling climate change. “As a revolutionary step in solar power, we initiated the International Solar Alliance.  We have created a coalition for disaster resilient infrastructure for climate adaptation. This is a sensitive and important initiative to save crores of lives,” PM Modi said.

Earlier in the day, PM Shri Narendra Modi said adaptation, not mitigation, needs to be key component of development policies presenting examples of what India is doing in the area. “Adaptation has not got as much importance as mitigation in the international climate debate. It is injustice to those countries which are highly vulnerable to climate change, he told the gathering… Many traditional communities have the knowledge of living in harmony with nature. In our adaptation policies, the traditional practices should be given importance. To ensure this knowledge reaches the next generation, it should be added to the school syllabus,” Prime Minister Shri Modi said.

"From sources of drinking water to affordable housing, all need to be made resilient against climate change. In India, our various projects like Tap Water for All, Clean India Mission and Clean Cooking Fuel For All have not only provided adaptation benefits to our citizens in need, but also improved their quality of life. We will need to make adaptation the key component of our development policies and projects," the PM said. 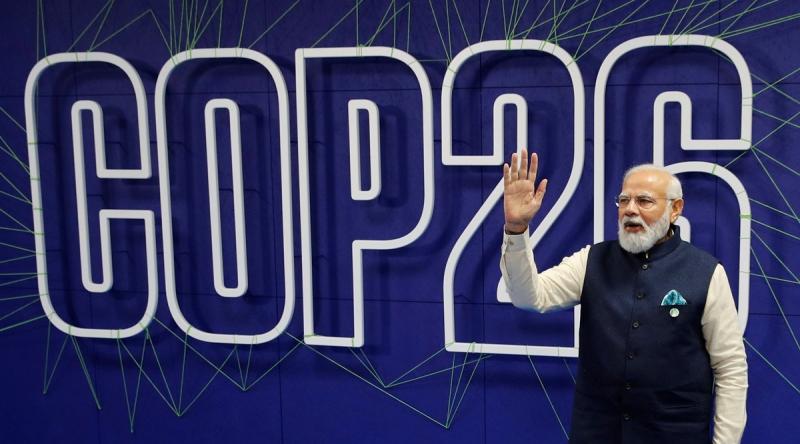