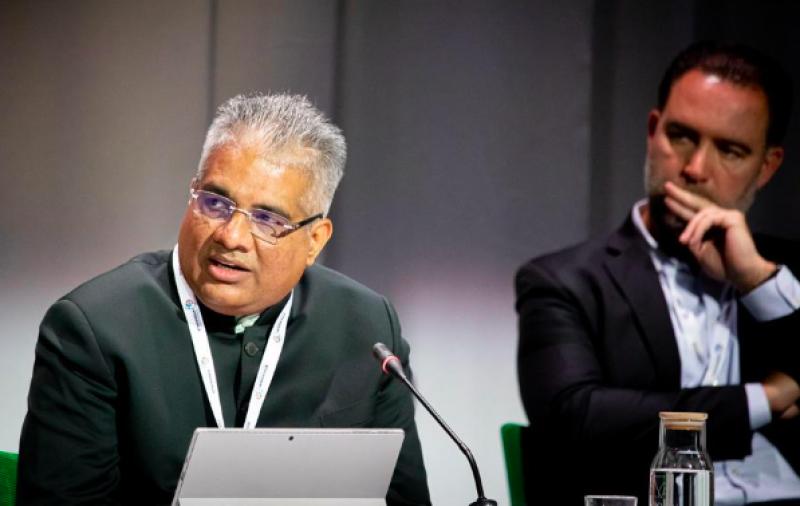 The city of Stockholm has great historical importance as the first Nobel Prizes were awarded in the city in 1901. Close to 70 years later, what added to the significance of the city was the United Nations Conference on Human Environment.

The 1972 Stockholm Conference started modern climate diplomacy and led to the creation of the United Nations Environment Programme (UNEP). It yielded the Stockholm Declaration, a set of principles that encourage “global cooperation to reconcile economic development and environmental management”.

The principles of the Stockholm Declaration seek to balance the sovereign rights of countries to secure their economic growth and social prosperity with responsibility towards the global commons of humanity such as the atmosphere, oceans, space and common/trans-border resources such as land, minerals and biodiversity.

The access to clean and healthy environment is an integral part of human rights and Right to Life. Environmental issues are global in nature and extensive action by nations is paramount to saving the planet.

Stockholm+50, which marks 50 years of the first Stockholm Conference, offers an opportunity for a global stocktake of the state of the Earth half a century, with the aim to take transformative actions for course-correction.

We stand at an inflection point and urgent, collective global action with the spirit of equity is required more than ever before.

With the responsibility to represent India and India’s point of view on a host of issues at Stockholm+50, I began my visit to the Swedish city participating in the High-Level Industry Transition Dialogue organized under the aegis of the Leadership Group for Industry Transition (LeadIT Group).

The LeadIT Group, since its launch at the UN Climate Action Summit in 2019 by Sweden and India, has worked to build global momentum on mitigation in hard-to-abate sectors. It has provided an arena for policy dialogue and a platform for countries, companies and international institutions to share know-how and engage in technology development.

During my address to the gathering, I stated that the word “transition” needs to be understood within appropriate developmental context. For developing countries, it should provide opportunities for growth along a low-carbon development pathway. The developing world needs not just an industrial “transition”, but rather an industrial renaissance – a flowering of industries and sectors that will together create jobs, prosperity and a clean environment. The transition trajectory will be different for different countries based on their national circumstances.

I highlighted India’s stated position that the developed countries with their historical experiences, must take lead in the global transition towards net-zero and low carbon industry transition. The green premium associated with zero or low carbon technologies must be compensated to trigger demand at a required scale in appropriate ways.

I also stated that we need to convert commitments to action and lead concerted global partnerships to drive industry transition in line with multilateral principles and provisions. India as a nation is fully committed to contributing its share in the global efforts to fight collective issues. We are partnering with stakeholders for the research and innovation in the cleaner technologies. We believe in co development of engineering solutions and technology at the scale required.

I underlined that lifecycle management of chemicals involve taking action at the production, use and disposal stage.

The major challenges in lifecycle management of chemicals and waste are access and availability of technologies, cost of technologies, lack of awareness among stakeholders and limited institutional capacities.

Technology transfer and financing is the key for uptake of such technologies. I added that the BRS conventions need to synergize approaches to address the complete lifecycle of identified chemicals at the production, use and disposal stage.

India has recently ratified seven Persistent Organic Pollutants (POPs) under Stockholm Convention and is updating the National Implementation Plan for the management of POPs.

Post the discussion on BRS Conventions, I attended an Expert Panels on the Action agenda for sustainable development organised by the Council on Energy, Environment and Water.

I reminded the gathering that India’s statement at the UN Conference on the Human Environment in 1972 in Stockholm noted that: "We do not wish to impoverish the environment any further and yet we cannot for a moment forget the grim poverty of large numbers of people.”

I underlined that between 1970 and 2020, a span of 50 years, global population doubled from about 3.7 billion to 7.7 billion. Collectively, humans are using resources and generating waste that needs 1.75 Earths to sustain. There is no turning away from the fact that the time for climate action is NOW.

I shared that India, under Honourable PM Shri Narendra Modi ji, has been a strong proponent of inclusive and just climate action which allows for socio-economic development and industrial growth while promoting resource and environmental conversation.

Shri Modi ji has also reminded the world that the only way to save the world from the impending disaster it to adopt an environment-friendly lifestyle where one doesn’t buy on the basis of what one can afford but what one needs. At Stockholm+50, I will be communicating that message to the world once again over the next two days.