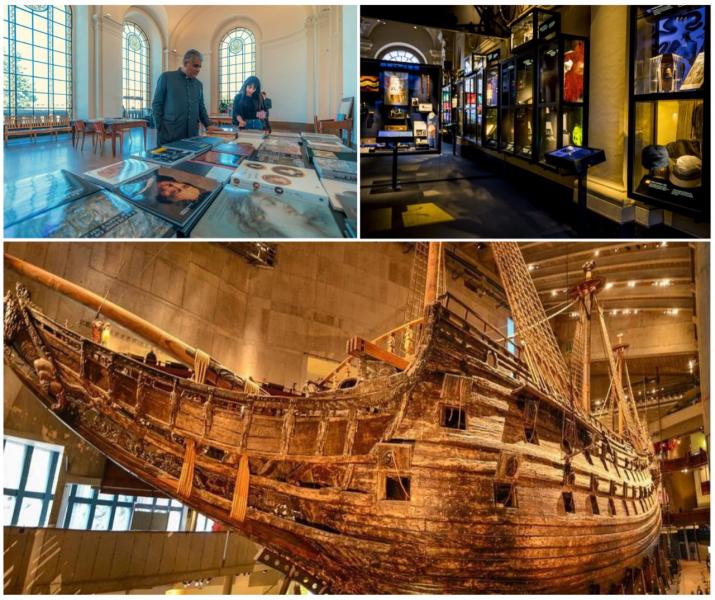 Museums play a crucial role in preserving and documenting local cultures. With detailed documentation and artefact preservation, a culture can be recorded and remembered even if it becomes extinct at a future date.

In some of my recent visits to foreign countries I was struck by these buildings standing in modern cities housing within them the richness of the past.

As a visitor, these museums helped me feel part of a larger whole that humankind is despite its geographical and territorial differences. The first such museum I visited overseas was the National Museum of Saudi Arabia in Riyadh when I was in the country to attend the Middle East Green Initiative Summit in October 2021.

Though modern on the outside, the National Museum of Saudi Arabia introduced me to a journey through centuries of culture, art and history, from prehistoric Arabia to present day Riyadh. The rock art, antiques, manuscripts, and centuries-old crafts literally transported me to the Arabia of centuries ago offering a sneak peek into the diverse economic and commercial activities.

In Stockholm in June year, I once again received the opportunity to visit to visit not just one but two museums - Vasa Museum and Nobel Museum. The vicinity of the museums to the venue for the Stockholm+50 conference helped in paying a visit.

Vasa’s story is well known as it is the best-preserved 17th-century ship in the world which sank during her maiden voyage on 10 August 1628. Vasa fell into obscurity after most of her valuable bronze cannon were salvaged in the 17th century. The ship was located again in the late 1950s in Stockholm harbour. More than 98 per cent of the ship is original, and it is decorated with hundreds of carved sculptures. It is one think to have heard about this story but quite another to experience this piece of history centuries later. It is overwhelming to stand in front of Vasa Museum and think about all that this ship has endured to live and silently tell the tale of Swedish Maritime history and trade and the Swedish people.

In Stockholm, I also had the opportunity to visit the Nobel Prize Museum. The museum’s manifesto says the intentions of the museum are to be a “reflecting and forward-looking and spirited memory of Nobel laureates and their achievements, as well as of the Nobel Prize and Alfred Nobel.”

It offers exhibitions featuring prominent Nobel laureates such as Marie Curie and Nelson Mandela. It also offers films, theatre plays, and debates related to science reminding us of how far human ingenuity has brought us through its persistent efforts and indomitable spirit.

As luck would have it the same month I received the opportunity to be in Geneva and here again I managed to visit two museums - Patek Philippe Museum and the Art and History Museum.

The Patek Philippe Museum houses one of the world’s most important and prestigious horological collections. It is a pleasant irony that the museum, a place that captures time for preservation is dedicated to devices that track time.

With a rich and varied collection of some 2,500 watches, precious objects and portraits, the museum offers visitors a journey through five centuries of Genevan, Swiss and European horological art and a panoramic view of Patek Philippe’s production since 1839. What’s better? The museum also has a library with over 8,000 publications on time and measurement of time.

A museum in my estimation is an informal classroom. It offers seamless learning. You learn by seeing and you learn just by standing. There is so much to imbibe. A museum lets you soak in time. Even as time moves at its own pace, you find yourself on a journey of the past. You begin to imagine people living in times different from ours. The museum draws you closer to history and also gives you a sense of timeless continuity. It connects you to cultures that you have not seen. This connection is important to keep the process of learning on.

The Honourable Prime Minster described the museum as a grand inspiration and called it “a living reflection of the shared heritage of each government”.

Museums are indeed reflections on our past that inspire us for a better future.