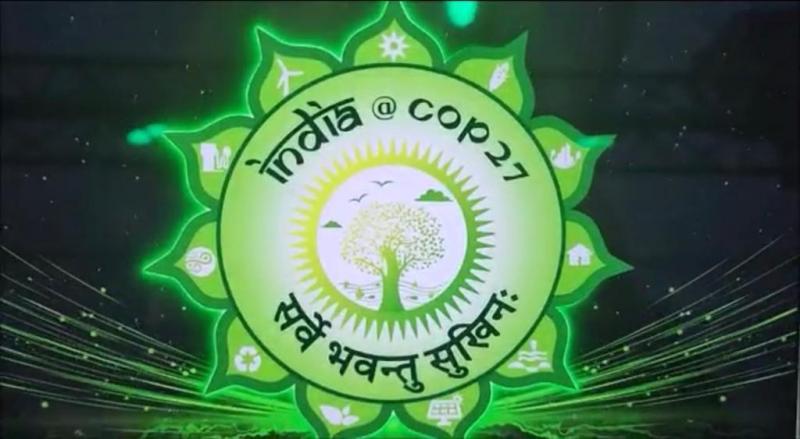 Taking forward my engagements at COP27 in Egypt after releasing India’s ‘Long-term Strategy for Low-Carbon Development’ today, I intervened at the high-level Ministerial on Pre-2030 enhanced ambition.

During my intervention, I stated that pre-2030 must be clarified. How far back does pre-2030 go? I underlined that in India’s view, pre-2030 in this sense is no different from pre-2020. It is the historical cumulative emissions before a given year that measures responsibility. So our consideration must include pre-2020 responsibility and whether pre-2020 commitments have been fulfilled. It cannot begin at 2020.

Putting forth India’s concerns I stated that our understanding is that the Annex-I Parties have not met their pre-2020 commitments together and several individually as well. But the real question, according to the best science is the cumulative emissions until 2030. So pre-2030 ambition must be measured in terms of whether countries are staying within their fair share of the carbon budget, taking note of both the historical period and in the future. By this scientific criterion some developed countries must reach net zero even before 2030 and 2050 is not enough.

Stated that this is where we must begin talking about opportunities for ambition.

a) First, we must recognise that the opportunities for ambition vary across parties. If not, our efforts to increase ambition from those who have little to give, will only result in inaction. Developed countries must take the lead – after all, the bulk of both finance and technology transfer is available with them. The Convention and the Paris Agreement both recognise this, but we have not had adequate action.

b)  Second, increasing ambition requires public action. Leaving it to markets will not help. Markets do not function well in normal times, but either do not function or function very inequitably in moments of crisis. We see this with the energy crisis in developed countries. For developing countries, public action includes public sources of climate finance and technology. These are essential.

d) Third, the right sectors must be identified for ambition. To target small farmers for mitigation in the name of ambition would be a serious mistake. As in India, if in developing countries, if we target domestic and public lighting, and increasing use of clean fuel to replace biomass, we can achieve some significant gains in low- carbon development.

a) The term barriers implies something that has to be crossed and after that matters will proceed smoothly. For developing countries, accelerated low-carbon development is the route to ambition. This is a continuous process. This takes time, human and financial resources and sustained economic growth. So, it is not simply barriers but all three conditions have to be present consistently for low-carbon development to be achieved.

a) This is yet another instance where there is a constant shifting of the goalposts. The Paris Agreement has just begun implementation, and that too after the lost years of Covid. The first Global Stocktake is underway and will conclude next year. So why is there any need to start talking of the adequacy of the provisions of the Paris Agreement? Of course, provision of the means of implementation under Para 5 of Article 4 will help raise ambition. But there is also the question of whether technology is available and ready and whether it can be deployed at reasonable cost. If this cannot be done, but ambition is forced, then the growth will be restricted in developing countries.

b) And yet again the question is being directed at developing countries. Why? Article 4, Para 11 is sufficient for developed countries. The real issue is that the increased effort required is not happening. If the effort is not there, new agreements or new amendments or new protocols will not solve the problem.

a) Just transition in developing countries is simply about enabling low-carbon development. It cannot be about an early start to decarbonisation in any sector, though the process of decarbonising various sectors as and when feasible will arise sometime in the future. This will be detrimental to both the overriding priority of achieving the SDG goals by 2030 and subsequent development.

5. Usefulness of the Roundtable

a) Meetings of this kind, discussions such as this Roundtable are useful to explore and increase our understanding of each other’s views and create pathways for cooperation. But we must find ways forward for action. In a COP for Implementation this is very important.