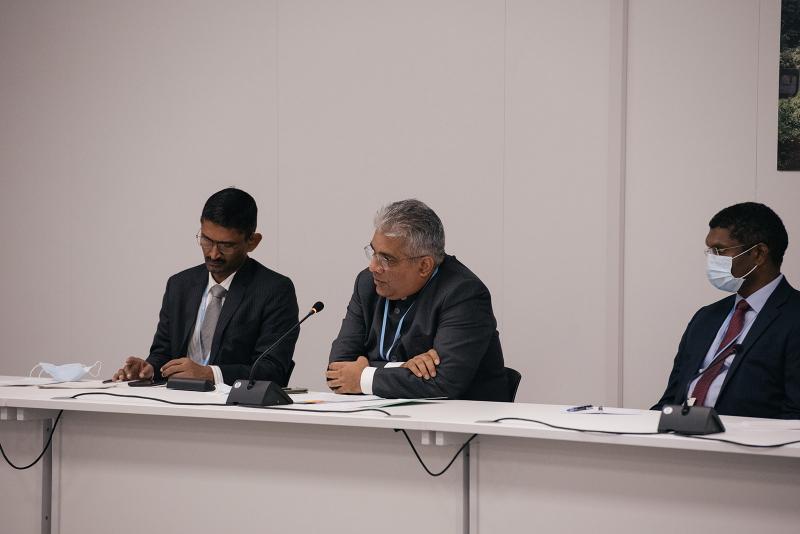 The IPCC, as we know, is a body of the United Nations that was established in 1988 under the umbrella of World Meteorological Organization (WMO) and United Nations Environment Programme (UNEP) to provide objective and unbiased information relevant to understanding the scientific basis of the risk of human-induced climate change. The organisation also helps the world understand the natural and economic impacts and risks of climate change, as well as possible methods of mitigation.

Global surface temperature has already increased by 1.1 degree C during 2011-20 as compared to the period 1850-1900, while the increase over India has been about 0.7 degree Celsius on average during the same period. The report notes that carbon dioxide has been and will continue to be the dominant cause of global warming under all greenhouse gas emissions scenarios.

The report notes that global surface temperature will continue to increase until at least the mid-century under all emissions scenarios considered. Global warming of 1.5°C and 2°C will be exceeded during the 21st century unless deep reductions in carbon dioxide (CO2) and other greenhouse gas emissions occur in the coming decades. Under all emissions scenarios outlined in the IPCC report, the earth’s surface warming is projected to reach 1.5C or 1.6C in the next two decades.

The report is a clarion call for the developed countries to undertake immediate, deep emission cuts and decarbonisation of their economies. Developed countries have usurped far more than their fair share of the global carbon budget. Reaching net zero alone is not enough, as it is the cumulative emissions up to net zero that determine the temperature that is reached. This has been amply borne out in the IPCC report submitted to COP26 today.

The report is in sync with what India has maintained. At COP26, PM Shri Narendra Modi raised a call for $1 trillion from developed countries as finance for developing countries to lessen the impact of climate change through mitigation and adaptation measures.

In a meeting with the Like Minded Developing Countries (LMDC) on the sidelines of the Glasgow climate conference, I reiterated our PM’s stand that the members of the group work closely to protect the interests of developing countries.

At the LMDC meet I said, “LMDC countries should work closely to protect the interests of developing countries, including the need to ensure a balanced outcome with equal treatment to all agenda items including finance, adaptation, market mechanisms, response measures, and decisions on delivery of transfer of environment friendly technologies.”

India is clearly leading by example here. Our vision is backed by action and seeks cooperation because the global fight against climate change cannot be waged and won alone.

India is making this stand clear at all its bilateral meetings. The world is also listening to us because we have proved our credential as a responsible global actor under the leadership of PM Shri Narendra Modi.

I am back in India for two days 6-7 November. Will resume my duties at the COP26 Summit on 8 November.