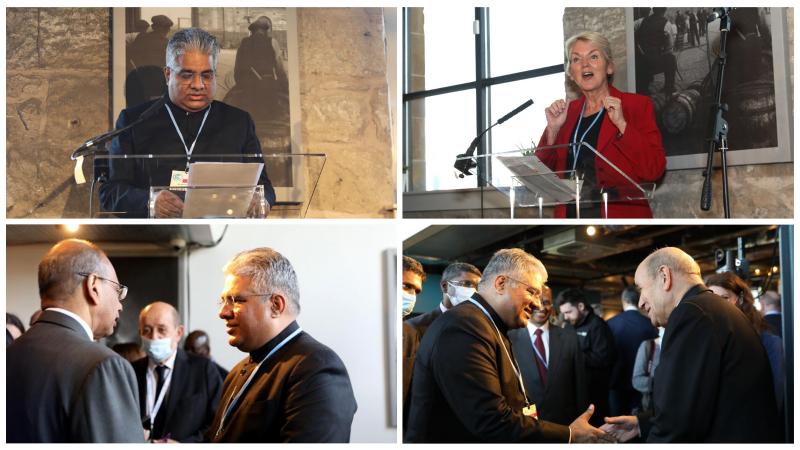 Prime Minister Shri Narendra Modi has placed India in a position where the country has come to guide the world in dealing with the crisis of climate change. While at the Paris Climate Conference, the Hon’ble Prime Minister had urged the world to increase forest area, decrease carbon emission and encourage alternative sources of energy, at the ongoing COP26 conference in Glasgow, Scotland, he took the pledge of ‘Panchamrit’ or five-nectar elements in India’s fight against climate change.

The ‘Panchamrit’ commitment made by our respected Prime Minister seeks to to raise India’s non-fossil fuel based energy capacity to 500 GW by 2030, ensure that 50% of the country’s energy requirements would be met by renewable energy sources by the same year, reduce the total projected carbon emission by one billion tons, decrease carbon intensity of the economy to less than 45 per cent and finally, become achieve net zero emissions by 2070.

I was privileged to represent India in the negotiations in Glasgow and also overwhelmed to see the impact the PM’s initiatives and ideas have created on world leaders.

On Thursday, I attended a side-event organised by the International Solar Alliance (ISA) and reiterated PM Shri Narendra Modi ji's vision and emphasis on the fact that we must return to the Sun to save the Earth. As the world progresses to achieve newer heights economically and socially, solar energy will power the transition.

Earlier at Glasgow, ISA, India Presidency of the ISA, and the UK COP Presidency unveiled the plans for the first international network of global interconnected solar power grids, known as the "Green Grids Initiative" at the COP26 climate conference in Glasgow.

At the side event, I stated that sustainable development and climate change mitigation are at the heart of the Green Grids Initiative – launched by PM Shri Narendra Modi and that the scale of the project could very well make it the next biggest modern engineering marvel.

The project, as we know, aims to reduce reliance on non-renewable energy such as coal by enabling and popularising the use of affordable solar power from other countries.

The announcement was accompanied by the "One Sun" declaration, which has been endorsed by 83 ISA member countries.

Delegates at the event I attended expressed enthusiasm and positivity over the initiative and promised their support to make it a success.

Earlier in the day, I participated in the Environment Ministers Meeting of  South Asia Co-operative Environment Programme (SACEP) where member states held detailed discussions on climate-specific adaptation and mitigation challenges in the South Asia-Region for a collaborative collective response.

I underlined that India has been spearheading the Coalition of Disaster Resilient Infrastructure to promote the resilience of new and existing infrastructure systems to climate and disaster risks, and India welcomes the active participation of the SACEP countries in CDRI.

Once again, the response of the delegates was enthusiastic and exuded the confidence of ‘Can Do’ approach.